Here are some commonly played variants of Scrabble: 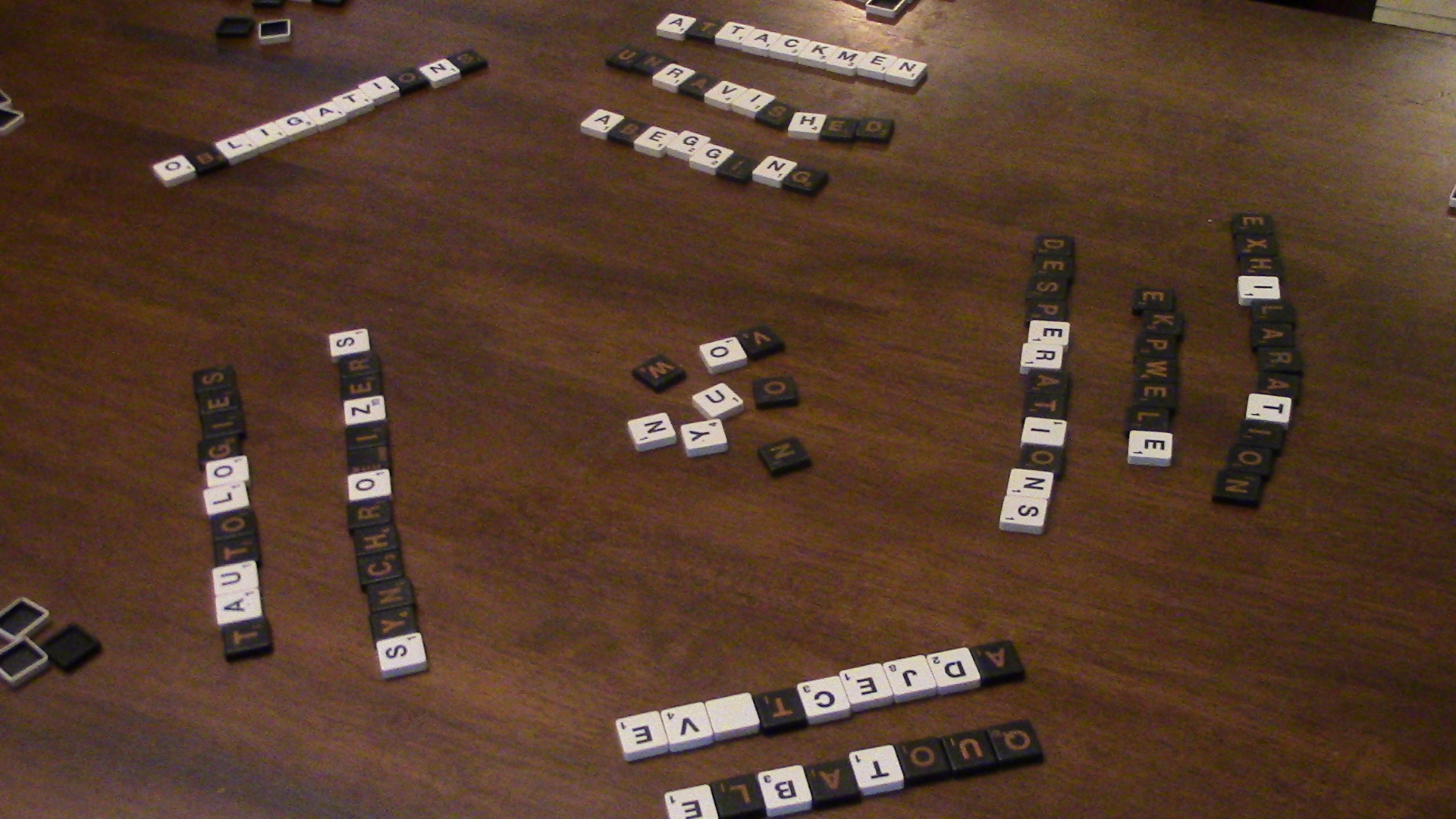 Anagrams is a word-finding game using two or more sets of Scrabble tiles.  In anagrams, you can do either two things: Grab a 7+ letter word using the pool of tiles in the middle, or steal an already existing word using the tiles remaining in the pool.

For example, if EHIMORSVZ is in the pool, someone could form the word HEROISM.  The pool would then become VZ.  If the next tile are I and P, someone could steal HEROISM with IMPOVERISH, leaving a Z in the pool.

With the blanks, you can either form a 9+ letter word in the pool, or steal but also using at least 2 other tiles in the pool.  Thus, to steal a 7 letter word using a blank, the steal must be at least 10 letters long. 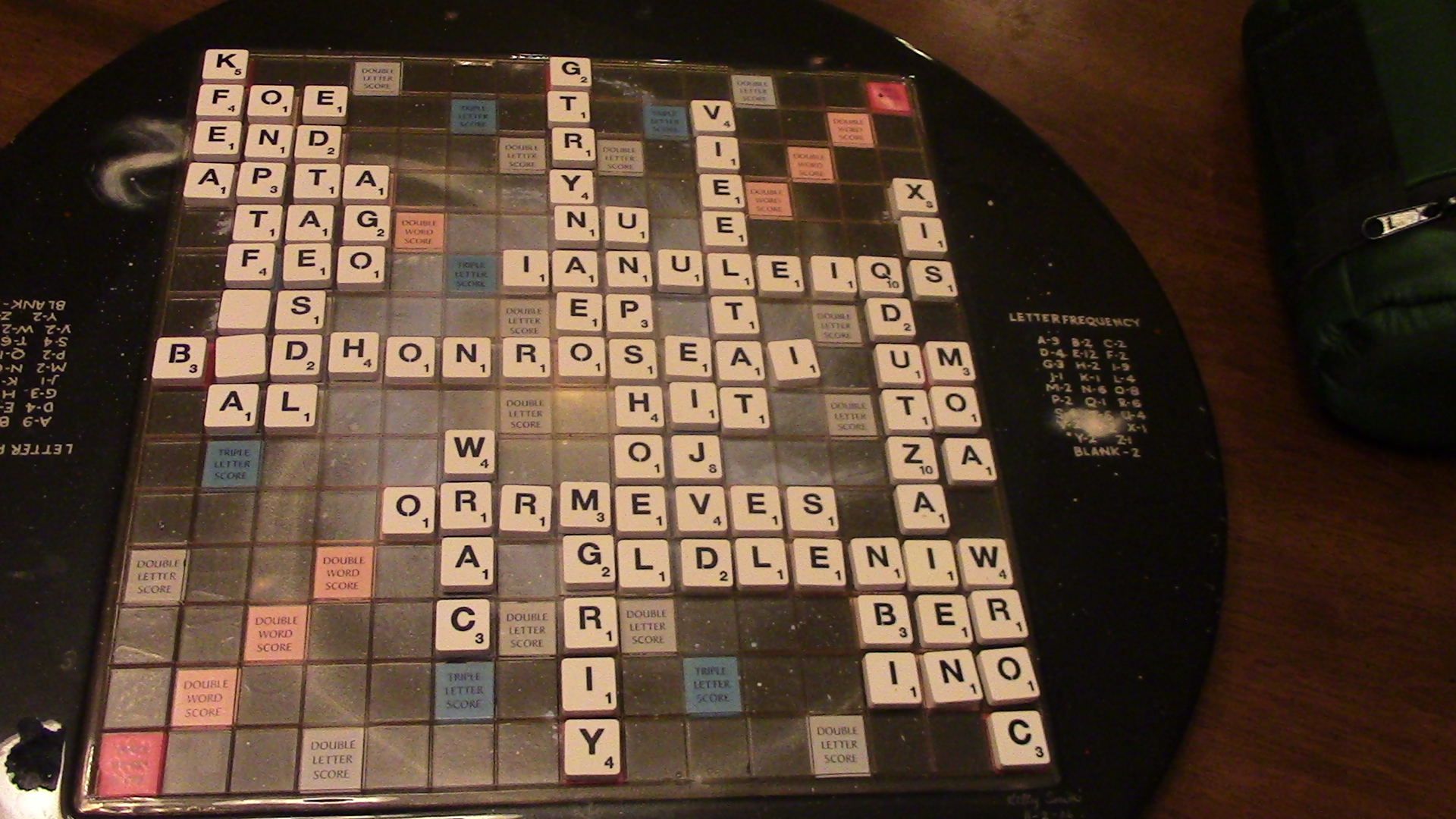 Clabbers is Scrabble with one basic rule change: any word that is an anagram of a valid word is also playable!  For example, not only is the word FUN valid, but so is FNU, UFN, UNF, NFU, and NUF!  This allows for many more overlaps, extensions, bingos, and significantly higher scores as you get to play long words with ease and show off your word-finding ability! 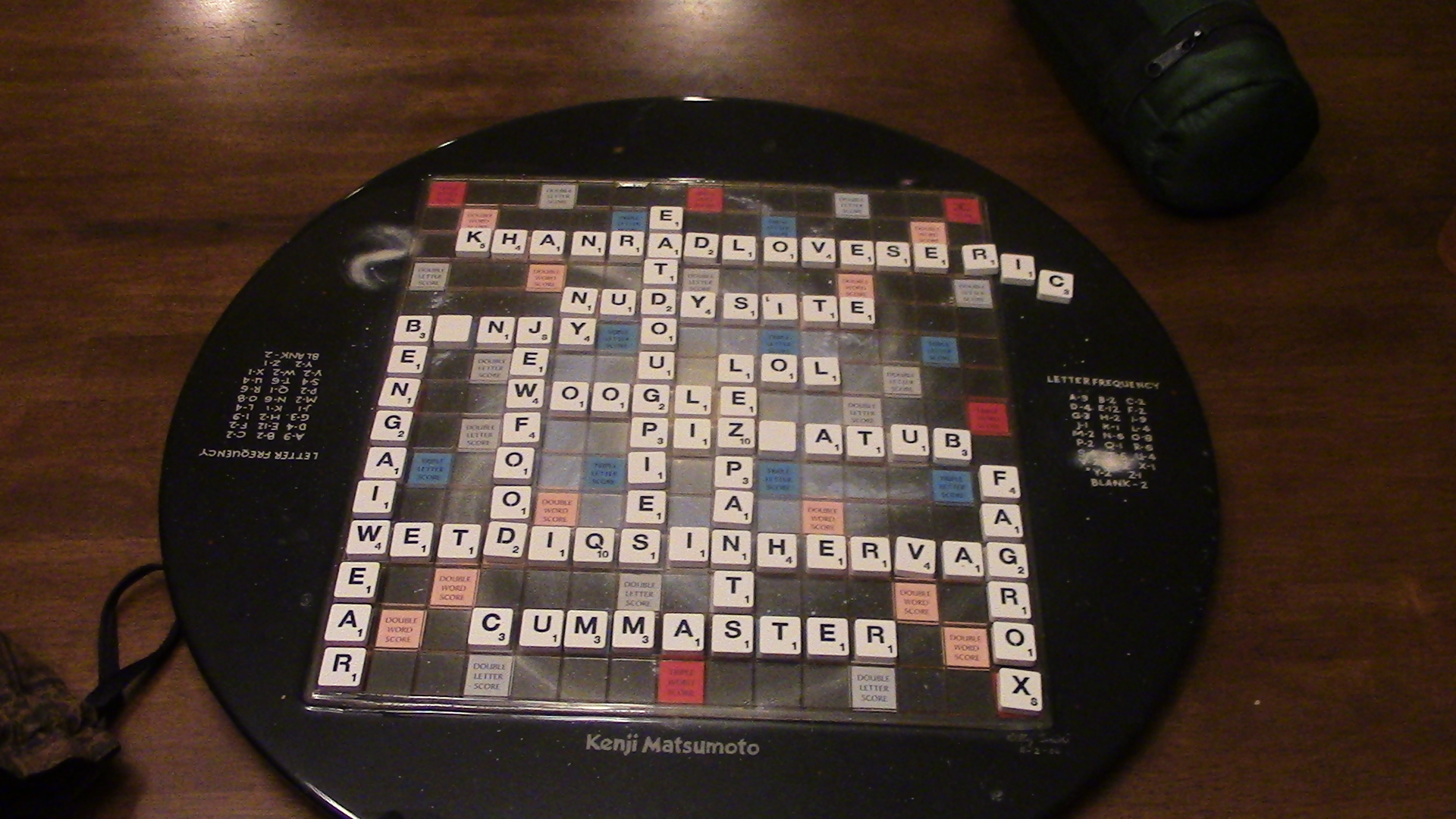 Rather than a competitive game, Phoneyz is a somewhat cooperative game where the objective is to play the raunchiest or most hilarious “words” imaginable that you can find. (Phoneyz is generally not a competitive game: dictionaries are not used.) An additional rule is that any blank on the board can be replaced by the letter it is designated for, allowing for an infinite number of turns where blanks can be used in one’s rack.

Players can also add strip variants or other variants to this game, adding instructions (i.e. take off a piece of clothing whenever someone plays anything alluding to stripping)