Tournament Scrabble players think about Scrabble much differently than casual players. They think about how to win the game: and their efforts focus on that primary goal. Yet tournament players, in looking to reach the pinnacle of Scrabble, still make many errors: both in execution and approach.  Here are the top ten mistakes made by tournament players:

1. They don’t allocate their time correctly.

During tournaments, players get 25 minutes per side on their clock to use as they wish. While this is often plenty of time to find words and make decisions, many players allocate their time rather poorly, spending too much time either looking for words or making strategic decisions that they often force themselves into time trouble, leaving themselves only 5 minutes (or less) for critical preendgame and endgame plays that often require a lot of thought and effort.

2. They always play a bingo whenever it is available.Many tournament players have an extraordinarily difficult time forgoing a bingo. Since many of their leave and board decisions revolve about drawing a bingo, many players cannot fathom making a 30+ point sacrifice to play a bingo for any reason. They view points as an end-all goal, and thus are incapable of making major point sacrifices.

3. They don’t alphabetize their tiles.

Most players study via alphagram, taking a set of alphabetized tiles and anagramming them to find words. This accomplishes two things: it helps them practice their alphagramming skills, but it also links an image to a word, making it easier and more efficient to recall the anagram of a word instantaneously. When a tournament player looks at the rack AEINORS, they don’t perform mental gymnastics trying to anagram the word: instead, the answer is a prememorized solution stemming from recognition.

4. They neglect the board.

5. They ignore their tile tracking.

Many players get too focused on their rack to observe their tile tracking, taking note of important metrics such as case tiles or vowel-consonant ratio. They make fishing plays without realizing that the pool is bad for fishing plays, or get rid of their last A and keeping an E when it’s the last A available and yet there are 5 Es left in the pool.

6. They are scared of TWS openings (and other potential openings).

Many players sacrifice way too many points in paranoia of blocking TWS square openings. While these spots can potentially be lucrative, not all TWS openings are created equal, and many players block TWS openings and become overly paranoid about worst-case scenarios.

This also applies to other bonus squares: for instance, many players worry about putting a U next to a TLS because they’re afraid of the X, even though there’s only one X available and there was no indication given that their opponent has the X.

Many players don’t account for opponent tendencies, adjustments, setups, or history to make moves. They don’t think about their opponent’s moves or phoneys and generally try to make the best play as a solo exercise, ignoring anything that their opponent might be doing.

8. They review words instead of learning new words.

Many players review words far, far too much, trying to solidify words they already know when their time would be much better off learning new words. Instead of reviewing the top 5000 7s and 8s and improving your ability to find these words from 75% to 95%, you’re almost always better off learning 5001-10,000 and improving those words’ solution percentage from 50% to 90%. Unless you are one of the best players in the world who has gone through all the words, you should never review words at all (except for the 2s and 3s).

Many players have extreme difficulty finding secondary options once they’ve found a play that they are content with. They hone in on a decent-scoring bingo and have a lot of difficulty finding other bingos, or they find one good rack-balancing play and can’t find anything better. Sometimes finding a good play can stop some players from finding an even better play. 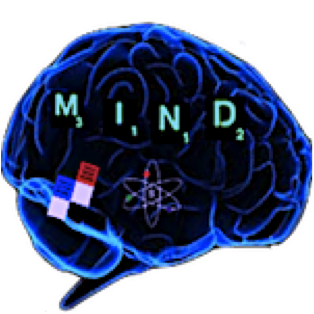 Most tournament players bizarrely believe that their opponent always has better word knowledge than them, and thus they tend to close openings and try to play more restrictive boards, and tend to avoid words they’re unsure of, thinking that their opponent will surely know the word. Almost all Scrabble players have worse word knowledge than others perceive: and being afraid of an open board is often very counterproductive, especially if it means sacrificing points or making it harder for you to make a comeback when you are behind.

The irony is that in many cases, against top players you should actually play more open boards, as top players have little recourse to outmaneuver you through bingos, hooks, etc. on a more open board. If you can score a lot of points, there’s very little a top player can do.