One of the most overlooked aspects of leave is propensity.  Propensity describes the ability for one’s leave to improve on the next turn and for those tiles to play in multiple locations.  It is a measure of the reliance of a rack in accordance with a particular spot on the board: if a leave is confined to playing at one particular spot next turn, it is often better to just take that spot immediately, even if it will score significantly fewer points.
It is important to remember just what the value of a leave is: to score points on your next turn. Good leaves score well next turn, and bad leaves don’t. One leave might score well in general but be particularly bad on a specific board, while another leave might be bad overall but a specific board might play to that particular leave’s strengths.
Diagram 1: 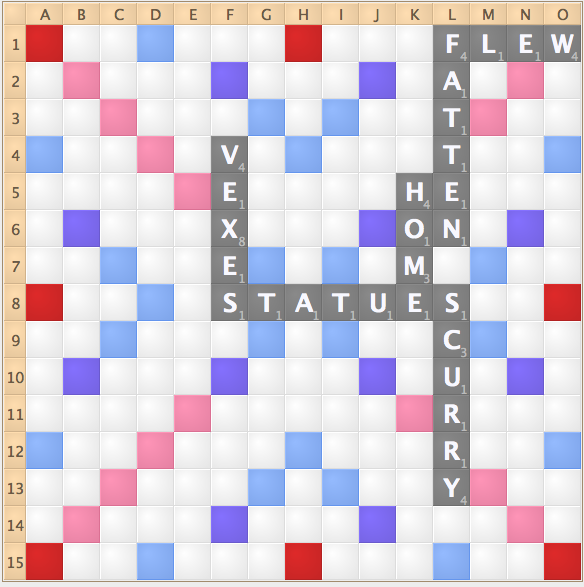 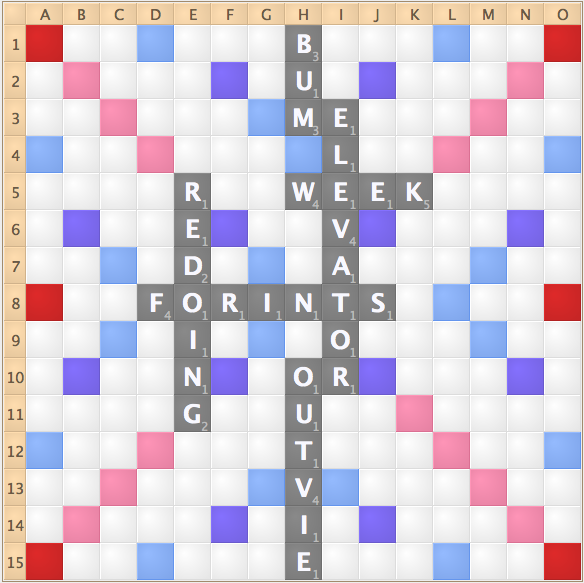 In this case, the DOOOO leave after QUA (the highest scoring play by far) is confined to the V at 13h.  Because of that, you are better off playing VOODOO first.  While QU probably won’t improve much from 49 points, it is significantly more likely to improve than DOOOO.
Diagram 3: 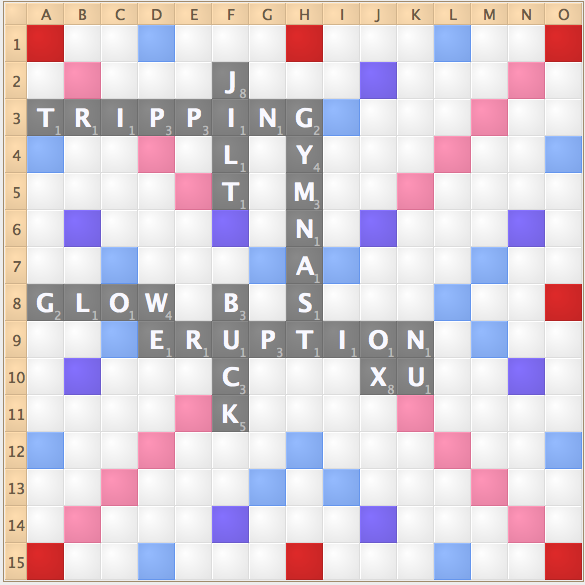 In this case, even though AGIUV and AAGUV are not horrible leaves, they only have one feasible scoring spot at 8k.  Because of this, you should play GUAVA and keep IZ, which could potentially improve much more feasibly than either the AGIUV or AAGUV leaves.
Diagram 4: 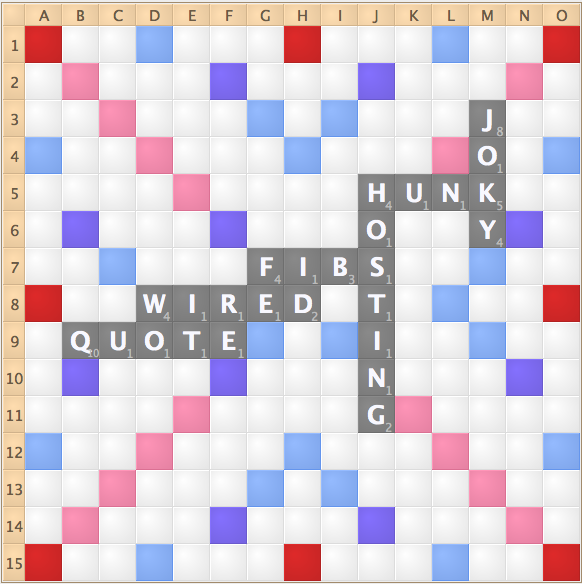