Hey guys. This is going to be part three in my series “Learning the Letters”. Today, we are going to discuss the Q.

The Q is by far the worst tile in all of Scrabble, since it often restricts you from playing a bingo and makes scoring extremely difficult. Without the U, the Q is extremely inflexible and often forces you to exchange, and even with the U, the Q is often limited in its ability to score well due to its inability to make parallel plays or short words. QU normally starts words, but is usually succeeded by an A or an I (QUO is fairly unusual, and even QUE isn’t all too commonplace.)

Getting rid of the Q is often a top priority, and often you will have to sacrifice points to either play the Q or create spots where the Q becomes far more playable. While the Q is on your rack, it will always be difficult to score or play a bingo. 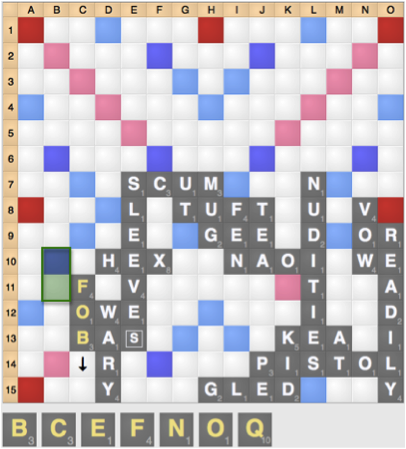 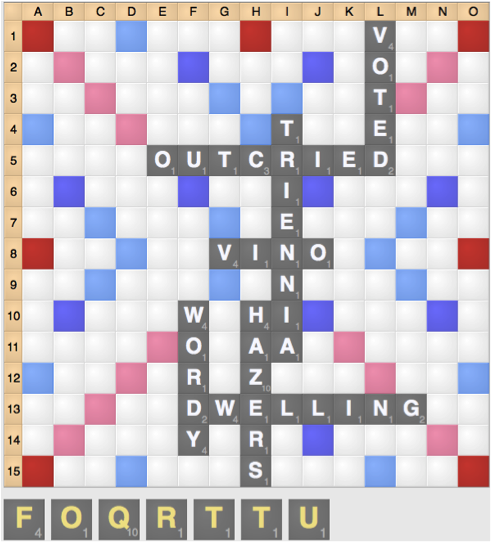 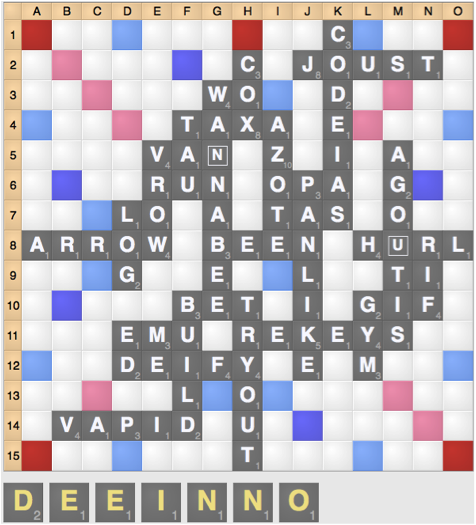 In this case, your opponent only has one place to play the Q (in column n). By playing something like GEN 6m or ION 3m (which also blocks SH plays) you will likely stick your opponent with the Q, giving you a huge advantage in the endgame. 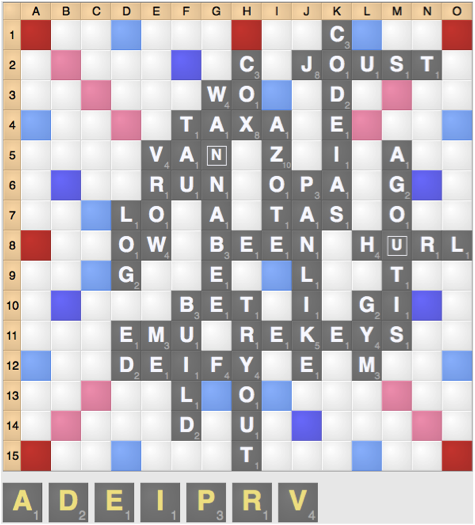 Although you could score more points along column n, if you are behind, you might consider playing VAPID, blocking your opponent’s QIS spots, and leaving n3 as the only available QI spot. Unless your opponent plays QI or TRANQ, they are likely to be stuck with the Q. Making plays like VAPID enable Q-sticks to happen during the endgame.