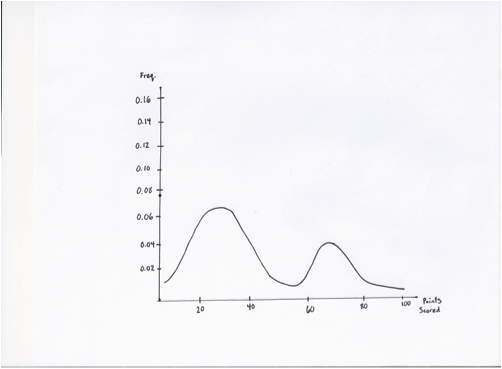 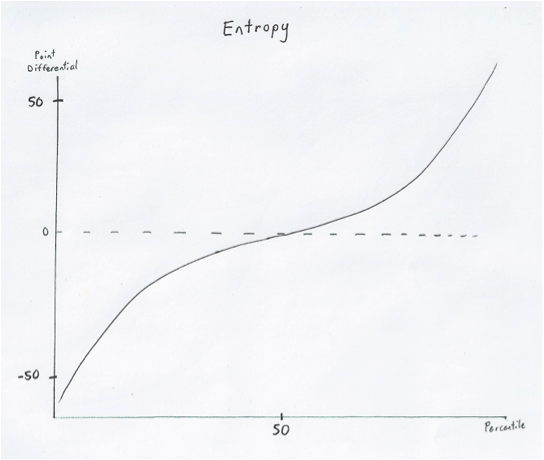 This graph represents the difference in entropy given a standard Scrabble distribution. As you can see, the point difference between you and your opponent on an average board is quite high. Approximately 1/3 of the time, when we use this method, one player will bingo and the other will not, resulting in a fairly large point swing.

This graph represents the effect of entropy over one turn. As you can see, there is a high potential of a significant points swing, either by your or by your opponent: whether you are ahead or behind by 40 points, you can easily be behind on your next turn.

This is an example of an entropic open board. Here, there are plenty of bingo lines available but the opportunities are much more for bingos than scoring, as it is difficult to score with high point tiles on this board.

This is an example of a typical closed board. There are a few scoring options available but not much in terms of bingo options, and swings in this game will be fairly minimal.