Learning a handful of words such as 2 and 3 letter words as well as short vowel heavy words and JQXZ words will go a long way towards improving your score. A list of many of useful words can be found here.

Bonus multipliers are the best way to quickly increase your score!  Make sure to take advantage of these multi-colored multiplier squares whenever possible. 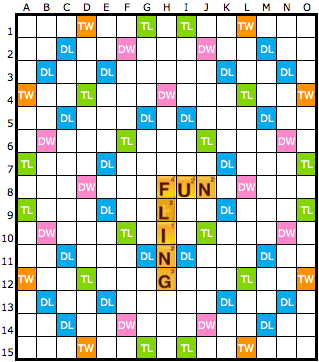 In this case, you can use your rack to hit multiple bonus multipliers at the same time. IVORY hit two DW squares and creates a 4x multiple, creating a 44 point play. COOKIE hits a TL and TW multiplier, multiplying the K by 9x (!) and making a 69 point play.

4. Parallel plays are your friends.

Playing words parallel to existing plays (and forming several two or three letter words) is a great strategy to rack up points quickly! This is a great way to use many of the words that you learned in step 1.

In this position, a simple 4 tile overlap such as APEX can score over 70 points! Looking for these types of overlaps, especially in combination with bonus multipliers can lead to very high scoring plays.

One of the most effective ways of scoring is to hook an already existing word (by adding one tile to the beginning or end of a word to make a whole new word) and by then making a perpendicular play. This technique can often be used to access high scoring bonus multipliers for big scores. 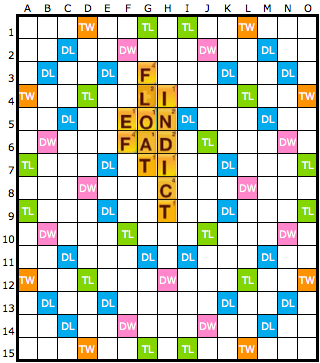 In this position you can play BADGE at 2f, hooking A-FLOAT and making a perpendicular play that used two DW squares for over 50 points. While these types of hooking plays usually involve an S hooking to the end of words, don’t forget to look for other tiles as well as hooks at the beginning of words! 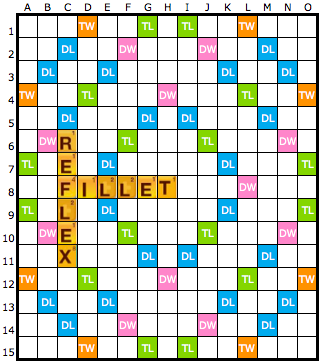 Bad tiles not only can limit your scoring for one turn, but for many turns! When swapping, keep strong tiles like the Z, X, S, and blank as well as tiles that fit well with the board (for hooks and parallel plays). 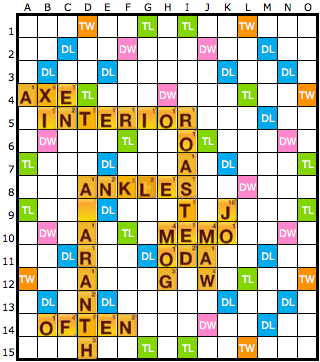 While you could elect to play through this rack, you are much better off swapping, as any option either scores terribly or retains an atrocious leave.

Bingos are great ways to score with blanks and low scoring consonants. While these tiles often have difficulty scoring, they are useful for making a bingo, using all of your tiles and claiming a 35 point bonus.

In Diagram 1, you have a good balance of consonants and vowels as well as low scoring consonants, so you should look for a bingo. If you search long enough, you might find OBTAINED d1 or TAILBONE 4g as possible bingos.

In Diagram 2, some players would play MI 2i (29) in hopes of playing a bingo next turn. However, you are better off playing MEDIC o10 (41). While a bingo would be nice, it’s not worth sacrificing 12 points in hopes of a better chance at a bingo.

In this case, you should block the open A by playing OATH. Even though other plays might score more points elsewhere, blocking the open A is very important here, as it stops your opponent from a potentially easy 50+ point play.
Likewise, you do NOT want to play LEMON and open a spot like that open N for your opponent. Your opponent is just too likely to draw a play in that spot for big points.

Many players quit looking for words far too quickly. Try words that you’re unsure of! If you want to know whether a hook or short word is valid, type that hook in and then make a gibberish play: the word checker will let you know if the play is invalid. If you see a good play immediately, that probably means there are several good plays, and often one REALLY good play that is far better than anything else and could singlehandedly swing the entire game. 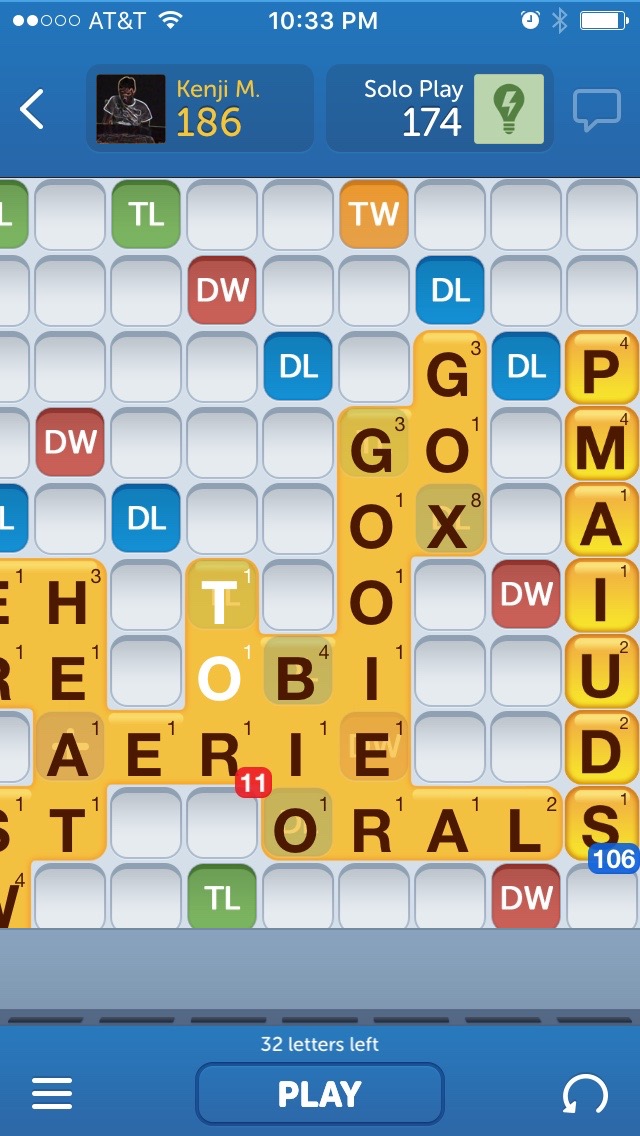 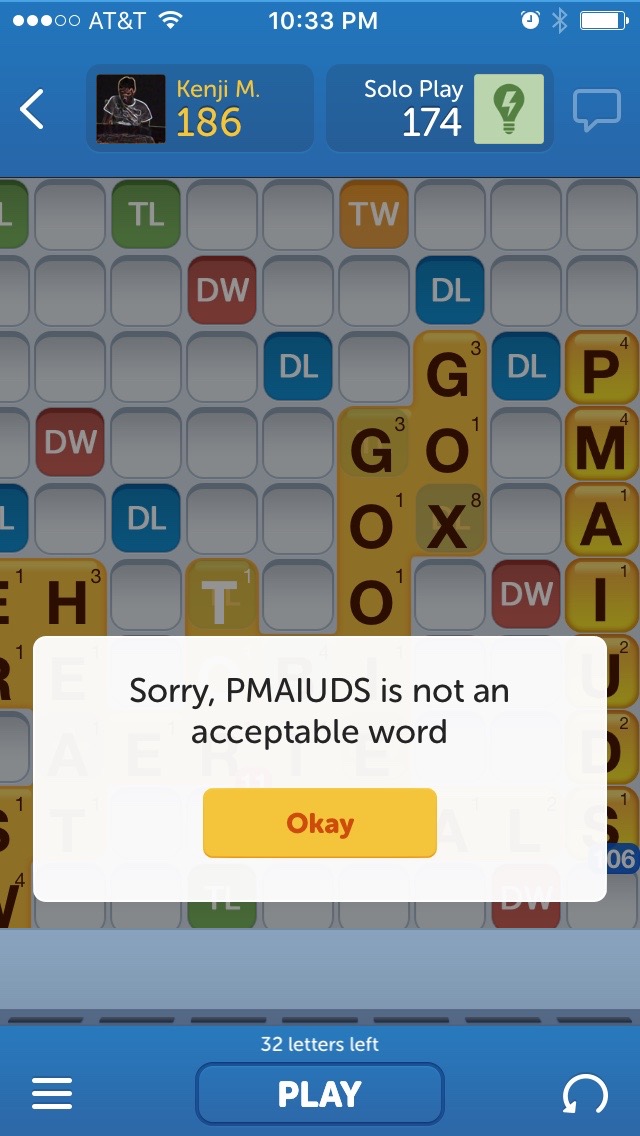 In this case, we can now conclude that ORALS is a word, since it was not rejected by the word checker.  This bit of word knowledge could prove to be useful on future turns.

For more in depth Words with Strategy advice, check out my book Beyond Words available here!.

Back to Words with Friends Page